How do people become addicted to cocaine and other drugs?

As a Winnipeg psychologist, I hear this question even from clients who have become addicted to substances. The answer is complex, involving physical or biological processes in the brain, as well as psychological influences. 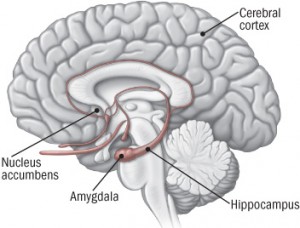 When a person performs an act that increases survival or reproduction, the neurotransmitter dopamine is released into the nucleus accumbens and produces pleasure. The system is called the reward pathway or pleasure center. When we do something that produces this reward, our minds record the experience and we are likely to do it again. All drugs of abuse, such as nicotine, cocaine, and heroin, cause a powerful release of dopamine in the nucleus accumbens.

The likelihood that a drug leads to addiction depends on the speed of dopamine release, the intensity of release, and its reliability, all of which depend on a number of factors. Smoking a drug or injecting it intravenously, instead of swallowing a pill, for example, generally produces a faster, stronger dopamine signal and is more likely to lead to drug misuse.

In addition to evoking a pleasure response, drugs also affect nearby areas of the brain involved in emotion (e.g., the Amygdala) and memory (e.g., the Hippocampus). The effects of the drugs on motivation and memory contribute to addiction by having the drug increasingly associated with pleasurable memories, which contributes to a craving to reproduce the pleasurable sensations by taking the drug again. The drug comes to replace the normal (i.e., non-drug) ways that pleasure is achieved.

With repeated use of substances, like cocaine, that artificially produce pleasure, the brain adapts and learns to control the release of dopamine so as to not be overwhelmed. This leads to the development of tolerance. That is, the brain adapts so that the substance is less effective in stimulating pleasure. This adaptation is similar to turning down the volume on a speaker when the noise becomes too loud.

Now the user must take more of the substance in order to get the same or even any benefit. But eventually the effectiveness of the drug wanes, and little or no pleasure is produced by its use. At this point, compulsion takes over. Although the pleasure associated with the addictive drug or behavior has subsided, the memory of the pleasurable effect and the need to recreate it (the craving) persists.

Some drugs also produce withdrawal effects that contribute to addiction. Absence of the drug can lead to unpleasant sensations that are only relieved by taking the drug again. This leads to learning by negative reinforcement; that is, people repeat an act (taking the drug) in order to eliminate or avoid an unpleasant event (the withdrawal symptoms). Negative reinforcement can also operate during the initial use of the substance if negative emotional states (e.g., anxiety, depression) are reduced when the drug is used. That is, substance abuse is sometimes a form of self-medication for psychological or other difficulties.

Additional learning and memory processes also come into play. The hippocampus and the amygdala have helped the brain to store information about environmental cues associated with the desired substance and pleasure. These memories help create a conditioned response, the intense craving, whenever the person encounters those environmental cues. These environmental cues can trigger cravings for the substance and not only contribute to continued addiction but also cause relapse after sobriety. A person who has overcome addiction to heroin may relapse at the sight of a hypodermic needle, or a person might start to drink again after seeing a bottle of whiskey. Conditioned learning helps explain why people who develop an addiction risk relapse even after years of abstinence.

I hope this brief overview has given you some idea of the complex processes that contribute to addiction and an appreciation of the challenges faced by people addicted to cocaine and other drugs. Not surprisingly, the complexity of addiction means that treatments must be comprehensive and relatively long-term to be effective. Psychologists and other highly trained professionals are in an excellent position to help clients cope with these complexities, including negative emotions and other psychological states that contribute to addiction. In Manitoba and other Canadian provinces, psychologists who deal with addiction can often be located through the provincial registering body. If you would like assistance, please visit www.heilsaholistic.ca/contact. 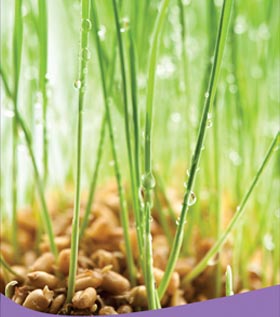